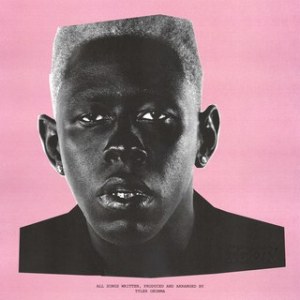 Few, if any, rappers this decade have endured as significant a personal and artistic evolution as Tyler, The Creator. His last record, 2017’s Flower Boy, was a true coming-of-age album. After a half-decade of anti-establishment antics and abrasive hate-raps, Tyler’s complicated persona unearthed a previously unknown side of vulnerability and openness that widely changed his public perception and signaled a newfound maturity. To this date, the record remains a musical feat as well, noted for its lush and colorful blends of rap and neo-soul, featuring Tyler’s most accomplished production to date.

Nearly two years later, Tyler has resurfaced with another project: IGOR, an emotionally-driven follow up to Flower Boy that continues his progression as a songwriter and highly skilled arranger. Honing in on the fallout of a single relationship, IGOR is a conceptual breakup album, centered around Tyler’s feelings towards his lover and the monstrous behaviors which funnel through him as a result of his distress, presented here as his alter ego, “IGOR.”

Aesthetically, IGOR builds upon the fusion of styles now commonly associated with Tyler’s sound. The mix of bright, blaring synths, R&B-leaning pianos, reverb-heavy, neo-soul guitars and heavy 808 drums equate to a kaleidoscopic mesh of serene soundscapes that are as freeing as they are intoxicating. The beats on the album paint a picture so colorfully vivid that the pain and intense feelings of love Tyler is laying out for us to absorb are consistently beautiful, regardless if they are happy or sad. More so than on any of his past records, on IGOR, Tyler is wearing his influences on his sleeve to little shame, doing his best to interpret the rich, texture-first approach of Kanye West and Pharrell Williams’ neurotic and genre-blending attentiveness.

One of the most notable qualities of IGOR, is the absence, or lack thereof, Tyler’s rapping. Instead, Tyler spends a majority of the record flaunting his singing voice, Quasimoto style, using extreme pitch shifts to inflect a variety of different moods and emotions. One of the best instances comes on “EARFQUAKE,” a ritzy pop-leaning cut, originally written for Rihanna or Justin Beiber. The track’s chorus and structure suggest a Top 40 hit, but Tyler’s dramatic and heartbroken performance turns it into a weird and sad beast of its own. “I THINK” follows suit with a rhythmic and synthetic groove that nods directly to Graduation era Kanye, with Tyler’s lyrics adopting a desperate innocence as he gushes over his partner. “RUNNING OUT OF TIME” flips the script and sees Tyler spiraling deeper into love-induced duress, suggesting the feelings conveyed on the previous track were just a figment of his imagination.

The variance in Tyler’s emotional state is a constant on IGOR. Slow-riding cuts like “PUPPET” and “I DON’T LOVE YOU ANYMORE” allow the album’s mood to sink in and help bring the listener to the realization that Tyler is ultimately going through a vicious breakup. “PUPPET” takes on a darker and moodier aesthetic, accentuated by the sparse synth lead and eerie string arrangements. Kanye West makes a brief appearance on the track’s back half, though his verse serves more as a symbolic gesture to the song’s themes of being crippled by your demons than as a musical nuance in the song progression. The most poignant statement on Tyler’s emotional condition comes on “GONE, GONE/THANK YOU,” a six-minute odyssey of pop, rock and dance that ranks among the most unique compositions of his career. The track addresses Tyler’s grief from multiple angles: pure disbelief, utter heartbreak and lastly, coherent understanding.

As musically pretty as IGOR‘s somber moments are, some of the most satisfying tracks come by way of bangers. Placed directly in the middle of the album, “NEW MAGIC WAND” shifts the tone to something much more aggressive and violent, unleashing “IGOR” for the first time. The track conveys Tyler’s anger and hopelessness over a menacing bass riff that teeters on pure evil. “WHAT’S GOOD” is another trunk-knocker and one of the few instances where Tyler is rapping his ass off. Even though its general vibe is one of chaos, the numerous beat switches and diverse instrumental passages highlight Tyler’s mastery of crafting beats that are in-your-face yet still structurally complex.

While Tyler’s sound pallet ranges widely, there’s no question his biggest strength lies in pulling from the genres most adjacent to hip-hop. Deep within IGOR‘s tracklist are multiple nods to classic ‘70s soul acts like Ponderosa Twins Plus One and Al Green. Tyler does his best chipmunk soul impression, on the Kanye-nodding “A BOY IS A GUN” (utilizing the same sample as West’s “Bound 2”), adding his own touch via lazy, anti-pop harmonies on the hook. “ARE WE STILL FRIENDS?” marks another throwback sounding instrumental, sampling Green’s “Dream” to reinforce the album’s narrative and sonic ambitions one last time.

With IGOR, Tyler continues to carve out his own corner within rap’s seemingly limitless atmosphere. He followed up his best record to date with an album of greater emotionally variance and arguably, more ambition in a musical sense. On what turned out to be his most personal project yet, he also advanced his artistic vision, solidifying his place in 2010s hip-hop in the process. As Tyler’s acclaim keeps trending upward, it’s not far off to think there will be a lot of fans who return to his more overlooked material with an open mind and find hidden gems among scattered moments of brilliance. For now, IGOR stands as a captivating breakup album, completely unique for Tyler’s unmistakable musical prowess.