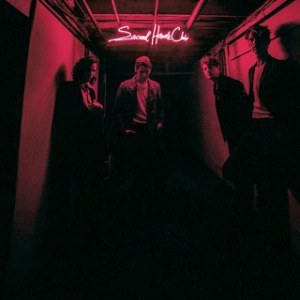 Best known for their breezy smash, summer-hit, “Pumped Up Kicks”, Foster the People have done it again with a heavy hitting record. The Los Angeles group is led by a musician who grew up in Cleveland, Ohio. Mark Foster credits the ultimate California band, The Beach Boys, with first piquing his interest in music and making him want to move west. Foster decided to head out to California after high school with the goal of forming a band. Foster the People formed in 2009 after Foster had spent several years struggling as a musician in Los Angeles. When “Pumped Up Kicks” became a viral success in 2010, the group received a record deal as well as more and more shows.

After releasing their debut album Torches in 2011, “Pumped Up Kicks” became a massive hit earning them a spot on Billboards Top 100 list. The record also featured the singles “Helena Beat” and “Don’t Stop (Color On The Walls)”. The group received three Grammy Award nominations for Torches and “Pumped Up Kicks”. After the successful tour for “Torches”, Foster released their sophomore album, Supermodel, in March 2014. This album, also including massive hits such as “Coming of Age” and “Best Friend”, established that they truly were not a ”one hit wonder” kind of group. In July 2017, the band dropped their third, and quite possibly their most heavy hitting record yet, Sacred Hearts Club.

“After [the 2016 presidential election], I started to realize that I really wanted to unite people. That political race was so polarizing, these two extreme factions seemed more divided and more volatile against each other than ever. The last thing I wanted to do was add gasoline to that fire.” Elsewhere in the interview, he added “It became clear that as artists we wanted to make something that was joyful and unifying, and remind people that life is still beautiful…I felt like people needed a hug”, Foster told the U.K.’s Independent.

Foster ramps up the album with the radio hit, “Doing it for the Money” which is slightly more poppy and definitely a catchy hit for the summer.  According to Foster, as an album that was created with “joy and musical freedom”, this track sets the precedent for said joy. From here, the album slows down slightly with the tracks “Sit Next to Me” and “SHC” which evoke influences of Mika and MGMT. Although the album as a whole is very poppy and joyful, the opening song on the record hits hard with vibes of hip-hop and intense lyrics.

With a sound that is slightly edgier and more industrial than their last album, “Pay the Man” is a serious step forward for these California kids. From “Pay the Man”, we then hear the first single off the record, which is “Doing it for the Money”, followed by “Sit Next to Me”. Here, Foster returns to the pop sound, similar to “Pumped Up Kicks”, that sets the tone for the rest of the album.

Potentially the most groovy and fun song on the record is “Sit Next to Me”. It is a slower paced, 1960s groove with some more heavy lyrics. The song spills over into “I Love My Friends”, also following along the same theme of fun, although still thought provoking. “Sit Next to Me” could potentially be about a battle with alcohol addiction: “And now it’s over, we’re sober/ … And the night ain’t getting younger/Last call’s around the corner/Feeling kind of tempted/And I’m pouring out the truth.” “I Love My Friends” repeatedly expresses that despite how different our friends may be, we all share a common interest. With lyrics such as, “We’re a disaster,” it implies that he and his friends really don’t know what to do with boredom (“Looking for something ’cause there’s nothing to do”).

Mark Foster said he wanted to give fans a hug with this album. I believe that that is exactly what  Sacred Hearts Club mostly accomplishes. We all long for meaning, connection, purpose and beauty. And sometimes in the pursuit of those hardwired desires, we can go overboard or even worse, become discouraged. Sacred Hearts Club delivers a grace note of sorts, suggesting that the solution for our brokenness is to keep trying and keep loving, together.

FAVORITE TRACKS: “Pay the Man”, “Sit Next to Me”, “Static Space Lover”

Marshall is a bay area native, former baseball player, music lover, as well as an aspiring filmmaker. Follow him on Instagram @marshywinchester.