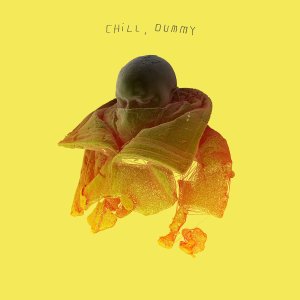 P.O.S. (Stefon Alexander) is one of the founding members of the Minneapolis-based hip-hop collective known as Doomtree. The group is well-known as one of the most staunchly independent groups, and they formed their own record label and publisher (Doomtree Records and Doomtree Press, respectively) in the 2000s. With each successive release, P.O.S. gained more momentum and attention. By 2012, he was on the eve of something big. His previous record, Never Better (2009), had hit #106 on the US chart. We Don’t Even Live Here (2012) came straight off a massive full collective release and tour from Doomtree called No Kings (2011). Stefon Alexander was ready to take on the world.

Unfortunately, it wasn’t meant to be. With the album freshly released, the tour would be cancelled and P.O.S. put the word out to fans that he was in need of a kidney transplant. Suddenly everything was in question… except the support of friends and fans. The next several years would see limited appearances from P.O.S. Finally, after a successful transplant, Alexander would appear on the next Doomtree release, All Hands (2015).

In a way, it makes sense that this record would see P.O.S. get more personal than he has in the past. It’s been over 4 years since his last solo album, and the subsequently cancelled tour, kidney transplant, and recovery. While this record sees plenty of his now familiar punk aggression, heavy beats, political outrage and nerd references (everything from Schrodinger’s Cat to Ninja Turtles), it also gives us a chance to see new sides of P.O.S. Particularly, a track like “Faded” is something new from him with themes of love, lust, mixed-feelings and hesitation. It samples elements of “Faded High” by Gayngs (another collective project he had a hand in). Most prominent and effective of these elements are the beautiful winding bass line and Justin Vernon’s vocal refrain. The guest spot from Lady Midnight here absolutely nails it as well.

The new ground is, in part, a result of working with some new collaborators. Until now, P.O.S. has either done most of the production himself or relied on his fellow Doomtree members like Lazerbeak and Cecil Otter. Of course, Lazerbeak is still involved as he is with every Doomtree release, but this time around several tracks are produced by Cory Grindberg (“Pieces/Ruins”, “Thieves/Kings”, “Infinite Scroll”, and “Gravedigger”). It’s clear that Grindberg brought something different here. P.O.S. and Lazerbeak tend toward heavy beats and industrial sounding tracks, but the Grindberg tracks bring a much different balance to the album than I think would otherwise be the case. Ironically, it is in “Lanes”(a short, self-produced, signature-P.O.S.-sounding tune) that he directly discusses his habit to do things himself and his own way: “I been doin’ my own thing so long / I been in my own lane so long.”

He references the struggles and frustrations of the last several years as well. Mostly, he keeps it light, such as referring to “new guts” in both “Wearing a Bear” and “Pieces/Ruins”. The topic doesn’t take center stage until he directly addresses it in “Sleepdrone/Superposition”:

“I tried to write a note to everyone who came out and supported / when my kidney couldn’t clean up my poisonous blood / but I just stared at the page / and when I wrote it I felt nothing but the numbing of cliche and / tasted nothing but batteries and iron all over my tongue / words rusted in place.”

Another artist could go through the tumult and struggle of the last 5 years, and come out on the other side to bring us a happy, thankful and sunshiney record. Maybe for another artist that would seem natural. For Stefon Alexander it makes sense that we would get a record in which he decides to push himself into unexplored territory more than ever before. In a sense, that’s the best way for an artist to show gratitude for the support they’ve been given.

P.O.S’ tour schedule this year was absolutely relentless. His energy live is impressive, and I have to say his show in Bellingham, Wash. that I attended was the best I’ve seen this year. Somehow he managed to put out a second record in 2017; collaborating with fellow Doomtree members Sims, Lazerbeak and Paper Tiger on the Shredders debut, Dangerous Jumps. He wraps up the year with shows in Europe and he’ll be starting the first run of shows with Shredders in January.

Josh is from Northwest Washington and currently resides on Camano Island. He is a guitarist in a yet-to-be-named soul/funk/latin band, and loves a good craft beer. Keep up with his biweekly music picks on The Fortnightly Playlist.