Jeffrey Silverstein – You Become The Mountain

On his previous EP, 2019’s How On Earth, Portland-based guitarist and songwriter Jeffrey Silverstein introduced a restrained and meditative mesh of folk and ambient music that felt directly connected to the serene landscapes of his home terrain. His latest release, a full-length album entitled You Become The Mountain, expands on his psychedelic-tinged sound and with a collection of relaxing songs that weigh on self-acceptance and personal growth. New to the mix this time around are more layers of instrumentation. Silverstein’s guitar is bolstered by the addition of pedal steel and bass, resulting in a full-bodied sound that amplifies the atmospheric backdrops on each track, such as on the bucolic “Antelope Canyon” and “Bernard,” an ode to a bearded dragon. Hazy instrumentation makes up most of the record’s run time (a good thing), but when Silverstein’s voice pops into the picture, as on “Cosmic Scene,” his gentle turns of phrase provide a warm and welcome guidance on the path to tranquility.  – Roberto Johnson 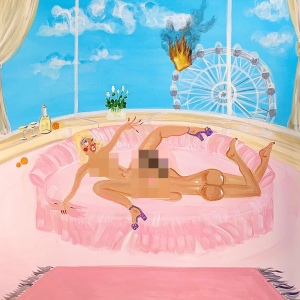 In an uncluttered quartet of pastel vignettes, Kali Uchis modulates past into present on her latest EP, TO FEEL ALIVE. Featuring studio versions of previously teased songs, the collection both rewards longtime fans and enchants casual listeners. Only ten minutes in length, the record’s simplicity conjures Uchis’ trademark dreamy atmosphere in small doses. The brevity of the EP highlights Uchis’ ability to diversify her sound without sacrificing cohesiveness, and the songs themselves transport the listener in a hazy cloud of delicate nostalgia.  – Gabrielle Johnsen

Listen // Top tracks: i want war (BUT I NEED PEACE), TO FEEL ALIVE

Christina Schneider, the genius also known as Locate S,1, has blessed us with an album, Personalia, that dips into multiple genres and time periods. Her wide range and versatile craftsmanship closely analyzes what it means to be human in this day and age. Intro track “Sanctimitus Detrimitus” puts you in a haze with drifting synths and vocals and unexpected percussive choruses. “Whisper 2000” pulls you in even more with a strong bass and new wave/electric pop influences call attention to her inability to conform to the status quo (“Too pink to be grey, too grey to be pink”). The album ends on a sci-fi dreamy note in “Futureless Hives Of Bel Air” of post-apocalyptic vibes where the rich flee earth to inhabit space. Personalia is no doubt a record of her personal journey to see how she as a human fits into this world given road obstacles and technology.  – Ilana Cohen

Over four decades into her career, Lucinda Williams’ raspy growl remains instantly identifiable and her latest batch of new songs ranks among her most heavy-hearted and emotionally-wrenching. Good Souls Better Angels is a far cry from the earthy Americana that made Williams a household name in late ’90s alt-country, but its packed with the same unflinching honesty of all her best records. Her fourteenth studio album is both soul-bearing blues and unabashedly punk. It’s overtly political and self-empowering, with not a lyric wasted. The tracklist is littered with gut-punchers that range from elaborate meditations on depression (“Big Black Train”) and fragile relationships (“Shadows & Doubts”) to thrashy, in-your-face guitar jams (“Bone of Contention”). Wherever Williams directs her focus, one thing is clear: she plays by her rules. Good Souls is yet another reminder of her rightful place in the pantheon of great American songwriters.  – RJ

Listen // Top tracks: Man Without A Soul, Shadows & Doubts, When the Way Gets Dark

Detroit rapper-producer Quelle Chris has a unique style and voice. While his music has its quirks, ultimately, Quelle is simply a highly skilled wordsmith and an equally-talented composer. He’s great at making the music he wants, when he wants to make it. On his latest, he again teams up with eclectic producer and multi-instrumentalist Chris Keys for a sequel to their initial collaboration in 2015. In comparison to the more apparent social commentary of albums like Everything’s Fine and Guns, Innocent Country 2 feels understated, but once you’re in its grasp, it’s hard to deny the album’s immersive qualities. For one, Quelle is singing more than normal, his voice blending into the lush and dreamy beats with ease, like on the piano-led hymns “Sacred Safe” and “Sudden Death.” Instrumentally, Keys’ arrangements lean on jazz more than anything. His pianos often play like a looped sample, dangling in the air like a sparring partner for Quelle’s sturdy and introspective wordplay, most notably on “Living Happy” and on “Black Twitter.” While it may be less urgent than Quelle’s past few records, Innocent Country 2 is mellow and pleasant at a time when all else feels turbulent and uncertain.  – RJ 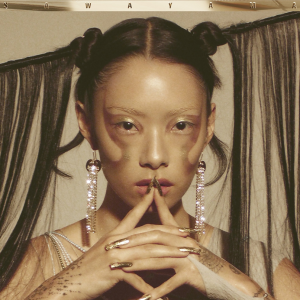 As an artist and as a vocalist, Japanese-British pop artist Rina Sawayama’s voice is fluid, disarming, and compelling. With the intricacy of lacework and the resolve of steel, her inviting soprano fashions a freewheeling sonic universe throughout the course of her debut album, SAWAYAMA. With a level of personalization that is both alienating and enthralling, the unpredictability of each track is magnetic. At times orchestral (“Dynasty”), futuristic (“Akasaka Sad”), and heavy (“STFU!”), the record is undeniably anchored in pop. Each hook is consistently catchy and sees Sawayama capture the accessible, escapist fun of the genre while rearranging its boundaries. The arrival of SAWAYAMA establishes Sawayama herself as a fresh presence, an antidote to monotony, and a potential preview into the future of pop.  – GJ

Vanilla – Into the Dream 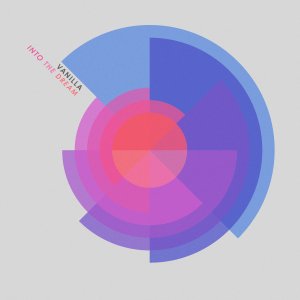 Vanilla’s beats epitomize easy listening. On Into the Dream, the UK producer returns with another series of calm and atmospheric instrumentals steeped in soul, jazz, funk and ambient music. Tracks like “Dreams” and “Between Us” are the perfect accompaniment to morning strolls through the city, where “Summer Night” and “Cloud City” paint ideal backdrops for cruising after dark. A consistent groove anchors the arc of the music throughout the record. No matter how spacious and sublime Vanilla’s sampling gets, each song always ends up falling back on its rhythm base – a perfect balance between bliss and pure funk.  – RJ