New music roundups are a monthly recap dedicated to covering the latest music in a series of short, descriptive reviews. This month’s edition includes new releases from Grimes, King Krule, Midland and more.

By name alone, the year 2020 could fit seamlessly into sci-fi territory, so it’s appropriate that it’s a year in which climate change and coronavirus are stirring the world into an apocalyptic frenzy. In anticipation of the chaos, Grimes’ Miss Anthropocene arrives as a stylish dramatization of worst-case scenarios. True apocalypse is merely implied in the haze of idiosyncratic production and enigmatic lyrics, while more concrete angels of death, such as substance abuse and mental illness, lurk within tracks such as “Delete Forever,” “My Name is Dark – Art Mix,” and “You’ll miss me when I’m not around.” Despite Grimes’ infatuation with AI and all things electronic, her work is effervescently human. Her take on the end of the world tempers the necessary darkness with the beauty of humanity, especially in the sparkling, fragile album closer, “IDORU.” Miss Anthropocene resonates most strikingly as a work of disarming escapism – a fantasy of destruction that sounds a lot prettier than actual decay.  – Gabrielle Johnsen

Rich in texture and guitar-driven ambiance, Moments is the debut album from artists Invisible Movement and Zenter. The brainchild of San Diego-based songwriter and instrumentalist Alejandro Juarez (Invisible Movement), the seven-track project delivers an immersive batch of tender songs that fuse elements of contemporary dream-pop and indie-rock while embracing a So Cal-tainted sound. The enveloping vocal on “No Water” recalls Iration’s smooth reggae-rock, while the passionate crooning-falsetto variations on “Soothed” are completely celestial. Both performances lend a floating quality to their respective songs, amplifying the atmosphere with depth and melody. Instrumentally, the record bears no shame in embracing its influences, taking after Mac DeMarco’s tonal jangle-pop and Tame Impala’s euphoric soundscapes. These culminate on “Leap of Faith,” an expansive and shimmering art-rock composition that hovers effortlessly above the clouds.  – Roberto Johnson 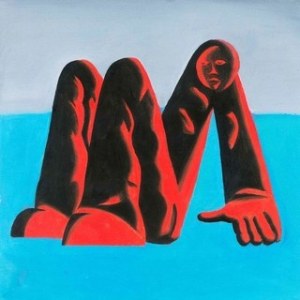 Following 2017’s The OOZ, a record that offered a lucid portrait of depression and angst, it seemed things couldn’t get any darker for the British-born King Krule. On Man, Alive!, he straps up for another bloody battle with his inner demons, meanwhile pushing his abstract jazz-garage-punk back in a more song-oriented direction. Under the weight of all the turmoil, Krule comes unhinged. His deranged performances on the convoluted bass-groove “Supermarché” and the astral-jazz whirl “Slinky” scream pure torture, an emotional state he seems to revel in, almost finding himself in the process. Outside of the chaos of Krule’s most fractured industrial beats, he finds moments of comfort in the soothing atmosphere of tracks like “Stoned Again” and “Alone, Omen 3.” The strength of these individual numbers doesn’t overshadow the moody cohesion of the record at large. In this regard, Krule’s crafted yet another tightly-knit and ominous piece of post-rock, one dripping with a fascinating grotesque veneer.  – RJ 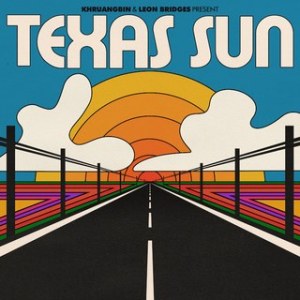 Outside of their shared Texas roots, on the surface, Khruangbin and Leon Bridges may not appear as ideal collaborators. But after the two acts toured together in 2018, their pairing seemed to make all the sense in the world. Khruangbin’s psychedelic-funk and Bridges’ angelic R&B shout both manifest their way onto Texas Sun, an all too brief EP of southwest-flavored soul music that finds a solid middle ground between each artists’ main skill set. The title track is the obvious highlight, a mid-tempo groove paced by Laura Lee’s sensual bassline and Will Van Horn’s easy-flowing pedal steel. Bridges glides over the desert-tinged acoustics with suave and finesse, all in all, making for a romantic anthem for the road. “C-Side” is blatantly funkier, with Bridges unleashing a seductive confidence that finds him singing with emotive restraint. In the few instances where the songwriting meanders, the band picks up the slack, such as on the enchanting “Midnight.” Ultimately, the downfall of this EP (if there is one) is that it’s criminally short and only offers a taste of the brilliance these two outfits could potentially tap into together.  – RJ

The music on Everlasting Spring evokes the rush of cool air hitting your skin when you rush both front windows down in your car as you’re speeding along an empty highway. The second solo release from prolific guitarist Matt LaJoie, Spring personifies the serenity of the season through 48 minutes of enchanting guitar loops and breathtaking medleys of peaceful instrumentation. With tracks ranging from five to 16 minutes, LaJoie employs both improvisation and live-looping to forge an evolving sonic wall that sounds like its constantly in full bloom. Guitar passages cascade into each other with a spiritual-like sense of tranquility, resulting in an album that is truly vernal in every sense of the word.

Midland – Live From The Palomino

Last October, the famous North Hollywood country music bar The Palomino Club, well known for once hosting performances from the likes of Johnny Cash, Linda Ronstadt, Gary Stewart, and Gram Parsons, was resurrected and reopened for one night only. The host? A 21st-century honky-tonk American band otherwise known as Midland. The 10 song honky-tonk seance, full of pedal steel and smooth harmonies, mostly features tracks from their latest record Let It Roll, but also highlights hits from the band’s first album, like “Burn Out” and “Drinkin’ Problem.” Midland is known for being one of a few groups that hold up the bridge between traditional, independent country music and the mainstream, and their live album shows that they do it both in the studio and on the stage. For people who have seen Midland live, this set is the perfect way to relive the electric show the Texas trio puts on. For those who haven’t, it lets them know what they’re missing out on.  – Alex Johnson