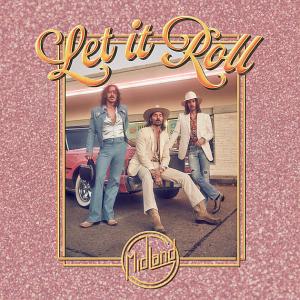 It’s been just over a week since Midland released their sophomore album Let It Roll. The band themselves have called their journey in country music a gamble they have gone all in on and it’s safe to say The Gator Boys are clearing house.

From hard-hitting honky tonk jams and steel guitar to effortless heartbreak-laden harmonies, Let It Roll certainly shows that Midland is capable of so much more than your typical country radio artist. The band began to turn heads after their debut album On The Rocks (2017), led by hit singles “Drinkin’ Problem” and “Burn Out,” which could be described as a cross between Dwight Yoakam and the Eagles. The record delivered a kind of charm that can be hard to find in country music these days; The Washington Post even called it the best album of 2017.

Fast forward to 2019, and Let It Roll revisits some of the great elements from On The Rocks, while also allowing the band to take another step forward. Lead single “Mr. Lonely” tells the story of a man who women can’t help but run to after getting their heart broken. With a line dance to go along with it, the track is sailing across radio waves. “Cheatin’ By The Rules” entails two people involved in a marital affair without even the slightest bit of distress. The band also includes a bar room singalong in “Every Song’s A Drinkin’ Song,” which draws similarities and pays tribute to the early outlaws of country music such as Hank Williams, Willie Nelson and Johnny Cash.

Things really get interesting when the band begins to slow things down in “Cheatin’ Songs,” “I Love You, Goodbye,” and “Fast Hearts And Slow Towns.” The sound of a steel guitar is complemented by smooth, delicate harmonies that support some of the band’s best vocal performances and are very reminiscent of the Eagles. Lead singer Mark Wystrach impresses with a slew of different vocal tricks and an overall enthralling presence as the band’s frontman.

Again in Eagles’ fashion, Let It Roll includes two tracks where bassist Cameron Duddy and lead guitar player Jess Carson take on the role of lead vocalist. Duddy takes listeners cruising along the West Coast with a suave melody on “Lost In The Night,” while Carson closes out the album with the prudent “Roll Away,” instilling a feeling of anticipation for what’s to come.

Midland is nominated for Best Vocal Group as well as Best New Artist at the Country Music Awards, set to take place in November.

Avid gymrat, aspiring cowboy, advocate for breakfast at all times of the day View all posts by Alex Johnson

One thought on “Midland – Let It Roll”