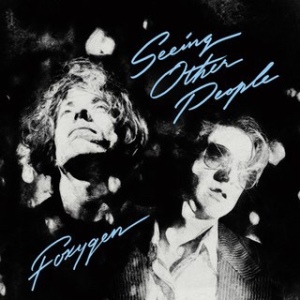 The always unpredictable and infinitely enigmatic duo returns with their latest venture, Seeing Other People, a soulful departure from their last couple records. The album is an emotional and musical catharsis, decidedly less schizophrenic in structure, yet still colorful and surprising as one would expect every Foxy record to be. Clunky and energetic instrumentals bring an attitude to tracks like “Work” and “Face the Facts” that make you want to shake it while simultaneously giving someone the bird. The duo also flexes their retro dance muscles on “Mona” and “News,” but the most captivating performances come by way of the ballad on the title track and “Livin’ A Lie.” In a way, the rollercoaster of love stories told throughout the album seems to reflect the sea change in indie rock from when the band started around a decade ago to where they find themselves many years later. No matter where these guys are in their own careers, their output together is always fun and interesting. No one can take that away from them. 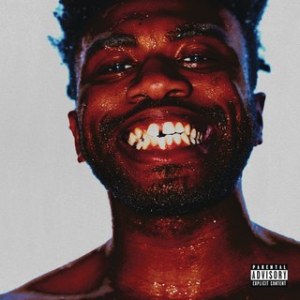 The BROCKHAMPTON leader’s latest solo effort finds him at the crossroads of trap, pop and indie, presenting a fusion of rap and R&B not too distant from some of the material on iridescence. Kevin’s introspection has always been a familiar trope in his music, even so on group releases, but on Arizona Baby, it takes a downward turn into dark and worrisome territory. He laments his rapid fame and band success, sulking in the criticism of his sexuality and the solitude of becoming a prominent figure in rap culture. The songs maintain a somber tone, thematically, aided by the moody and melodramatic arrangements of Kevin’s production team. Even though the material is rather depressing, Kevin’s vulnerability and vocal talent create an abundance of beautiful moments. His song ideas and varied vocal deliveries are consistently forward-thinking and there’s no doubt he’s going to continue pushing the envelope with his music in the future. With his songwriting aptitude and ear for production, it’s only a matter of time before he releases a full length project that is cutting edge and truly unique and has the ears of the masses. “Georgia,” “Baby Boy” and “Peach” are a few favorites. 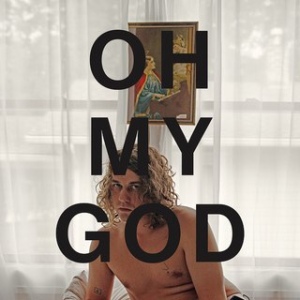 In any profession, there is a lot to be said for being consistent. Kevin Morby’s prowess as an indie rock stalwart is largely in thanks to his regularly stellar output, but with Oh My God, the Kansas City songwriter takes a noticeable turn into new sounds. Where Morby’s previous records were set to specific styles and distinct eras of music, Oh My God exists in its own cloud, diving head first into the world of religion and the power of belief. The production on the record is spacious and free, presenting beautiful piano and organ leads, as opposed to electric guitars and heavy percussion. The songs are vague enough where they don’t necessarily draw conclusions about God or make proclamations as to what is and what isn’t, but the feeling they create is unmistakably divine. “Oh My God” and “Seven Devils” capture Morby’s vision within tender lullabies and delicate melodies that would sound right at home in a cathedral, while “Hail Mary” accelerates the record’s spiritual progression to reach a new height. The latter is one of the most riveting songs of the year. 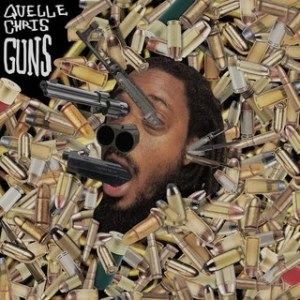 Abstract maestro, jazz-rap extraordinaire, obscure beatsmith – whichever way you classify Quelle Chris, there’s no debating his rock solid discography places him among the most consistently great rap artists to exist this decade. His production skills combined with his knack for putting together dense rhymes and slick flows shine through once again on the brilliant social commentary Guns. He contemplates the effects of gun violence in recent years and the damage it’s done on a socio-political level and also within the psyche of so many individuals. Aesthetically, Guns opts for a chill and hazy sound, with Chris flashing his chops as a singer on more than one occasion. He comes through with some rickety bangers too, most notably the eerie “Obamacare” and slow-riding “Mind Ya Bidness.” Though the glaring and sensitive social themes draw a lot of the attention, ultimately, Guns is a master exercise in how-to-spit dope bars and embodying what it means to be hip-hop. Chris gives his all to his art and in turn, his art exudes sincerity in a truly compelling way. 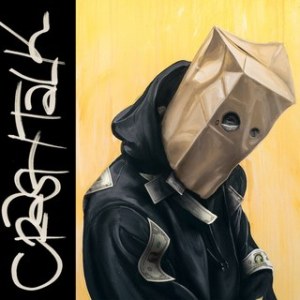 Few figures in hip-hop have as definitive of a personality as ScHoolboy Q. On his newest full length, Q slides deeper into the comfort of being one of rap’s top dogs. His last record, 2015’s Blank Face, was a sprawling, off-the-wall creation that featured some incredible tracks mixed among a lot of underwhelming, but still ambitious deep cuts. His latest effort, named CrasH Talk after the infamous LAPD unit, is far less risky and opts for more traditional song lengths, a shorter overall run time and less adventurous production choices. Mainstream concessions with Travis Scott, YG and 6LACK bog the middle of the record down musically. Q shines on outrageous bangers (which are lacking overall) like “Numb Numb Juice” and deep personal cuts, such as on the closer “Attention.” His ability to weave together a compelling narrative is maybe his most underappreciated quality as a rapper, but even Q’s gripping persona on the mic isn’t enough to save CrasH Talk from being a run-of-the-mill project. If you enjoy Q as a casual fan of rap music, the album falls on the safe side. If you love Q as a rapper, it’s a serviceable helping of tunes.

Your Old Droog – Not Even Close 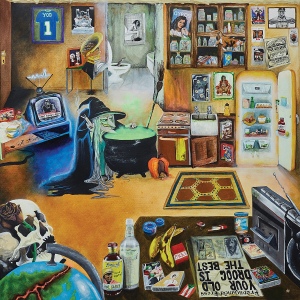 Though I’m not sure anyone knows exactly who or how old Your Old Droog actually is, it doesn’t take away from his key contributions to the renaissance of underground hip-hop that’s overtaken the east coast in recent years. Not Even Close finds Droog in top form, spitting cold-ass bars over lo-fi samples and minimal yet menacing drum sequences. His vocabulary remains rich with old rock and pop culture references, just as it is laced with slick street talk. The amount of rewind-inducing punchlines throughout the record is almost laughable; “off of eatin’ rappers, I guess my diet is plant-based, these fools keep popping up with buzzers you can’t trace,” (“Bubble Hill)” is a personal favorite. Droog is not a dog who necessarily learns new tricks, but he remains a master of his craft. His wordplay and lyrical depth will likely always be his selling point, and the dark and dusty aura that pervades his beats is the perfect catalyst to his top notch bars.