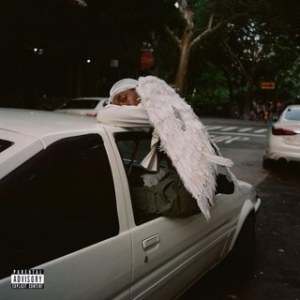 There’s a question of unwanted visibility and with said visibility, how you choose to use it for yourself and how others might use it against you. Dev Hynes, aka Blood Orange, explores these questions in relation to everything under the sun on his fourth studio album, Negro Swan. And I must say, he does so on an exceptionally high level.

Black people and any POC, non-heteronormative culture, and outsiders who can’t hide who they are in modern, traditional culture are seen for what they are. But for all the worse, sometimes they are viewed for who they are not. It’s a societal problem that transcends country, race, and religion. Because of this, the ones that don’t fit inside the boxes are seen not as freaks of nature, but as breakers of the rules and are punished for it.

They don’t want this dark spot of attention to be shone on them, but it can’t be helped or fixed. It’s the curse of being different. But in this darkness, there is a pride in being different. There is light in that dark place, it’s beauty in what others find ugly. Even when others don’t find it as that, the outsiders can find it in themselves. No validation needed. It’s acquired from within themselves and others that they deem worthy for it to be shared with their chosen family.

Negro Swan exemplifies that very feeling. While Hynes is the star, he lets others share his story and theirs on the album. Diddy, Tei Shi, Ian Isiah, Steve Lacy, and others lend their talents to tie it all together. The biggest contributor that adds sweet layers to this cake is Janet Mock. She delivers short, poignant dialogue on all the previously mentioned topics that add so much more weight and gravitas to each song that goes on before or after it. If there was a supporting actress award on this project, she would collect. Her vocal contributions are delivered in a such an honest, true way that it might make you shed a tear if you ever have experienced anything she’s discussing. She’s powerful, unapologetic, but yet she is soothing.

Now, Hynes might have all these wonderful co-stars, but he never lets you forget that he is the main feature of this record. He sings, plays, and recites lines with passion that just oozes into your ears. While it may not always be in the forefront of the song with loud synths, guitars, or drums, he is never not heard. There is passion. He sings at high registers and performs vocal acrobatics, but he is doing it with his heart. He’s sharing his soul and it’s melding with yours. The energy isn’t stolen, it’s shared.

Sonically, it’s a relaxing record. It never becomes this sound that screams “HEAR ME”, yet it does become this quieter, pleasant idea. It’s like a good book, a fantastical journey of musical exploration that is written with a masterful pen. The sound is like if you took Blonde by Frank Ocean and A Seat at the Table by Solange and blended them into something speaks to both ideas – self, others, and how they inform and interact with each other.

By the time the album is done, your spirit has swelled with pride. If not for yourself, then for someone else. Even then, there is this self love that is resonating throughout yourself. You never want it to end, so you press replay. And hopefully, when you break the replay button, it isn’t coming from the record anymore. It’s from yourself and you’re a little more fulfilled.

Hey guys! I’m WCU 18 Grad in English with a concentration of Motion Picture Studies and Creative Writing minor. My favorite genre is R&B but Hip-Hop is the love that never went away. Also enjoy some Pop Punk and some tasty Pop as well. Follow me @TAJtheWriter View all posts by tajthewriter