New music roundups are a monthly recap dedicated to covering the latest music in a series of short, descriptive reviews. This month’s edition includes new releases from Aminé, Tony Molina, YG and more. 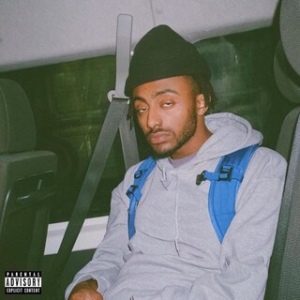 Talk about one of the more enjoyable surprises of the month. Amine delivers with his sophomore project, almost serving as an appetizer to hold fans over since last year’s Good for You. This album is better. The MC sounds comfortable and relaxed, yet serious. The production problem on his last project is nowhere to be found and Aminé switches flows on every other song like it’s lightwork. You just want to keep the album on repeat all day, especially when “TOGETHER” ends, just so you can get more of “DR. WHOEVER”. He doesn’t take any beat for granted and lets loose. Have you ever heard an MC casually kill it? This might the album to make you believe it can be done. Aminé is showing just because he was quiet, he wasn’t done. Makes you wonder what will happen when he finally gets to TWO.  – Tyler Jones 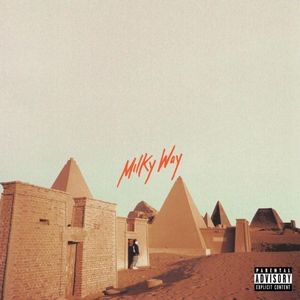 Dreamville got another one with the summertime release of Bas’ third studio album. Bas delivers some fun rhymes and beats that make you want to melt in a hammock and relax in the heat while it’s still warm outside. It’s a refreshing change for the Queens rapper, as it takes it musical landscape from the city to the beach. The least serious project from the MC might be his best, as he soaks in what it’s like just to have fun on the mic. The album does have its serious moments, but ultimately, he realizes life is too serious to be taken seriously. “Tribe” will make you move and “Spaces+Rockets” will make you want to roll one. All in all, the project is a step up from his last and he’s gonna enjoy the ride until it stops. Hopefully, it never does.  – TJ

The Beths – Future Me Hates Me

Every year needs a good rock record where the band plays fast and hard, the lead singer has a carefree but inviting voice, and the song titles are all four words or less. This year, that record belongs to The Beths and Future Me Hates Me may just be their breakthrough. Their tracks are concise and easy to digest, simultaneously allowing the band to pack a lot of energy into their style of play, in traditional punk rock fashion. “Great No One” features an infectious lead guitar riff with some loose, airy harmonizing. “Uptown Girl” has an ultra-aggressive melody and tongue-in-cheek lyrics about getting wasted. Though this record isn’t incredibly unique, its pace and charm make it addicting.  – Roberto Johnson

The Bulletproof Boy Scouts release their second compilation album. The first disc is sonically separated into three parts to guide the listener on their journey of love and it’s meanings. The first part explores the route of finding love in another. The next discusses how the natural disappointment occurs when investing into all the love you have in another doesn’t go as planned. The last part tackles the rediscovery of love and satisfaction in one’s self. The lead single “Idol” takes influence from South African gqom and Korean instrumentation to find the boys embracing the name of idol and loving it. The second disc includes others B-sides, remixes, and a surprise Nicki feature for more fun. Through the lense of EDM, hip-hop, and rock, the boys show their musical, rapping, and vocal ranges can stretch anywhere on the map. This ending of an era makes you wonder where they’ll go next.  – TJ 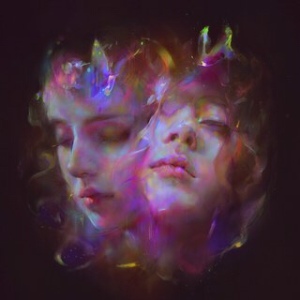 On I’m All Ears, Let’s Eat Grandma dabbles in similar waters as other pop experimentalists this year: “Hot Pink” nods to the industrial bangers of SOPHIE’s summer record and “It’s Not Just Me” recalls the spacious love songs of Kimbra’s recent album. Where Let’s Eat Grandma separates themselves from their peers is that their music always sounds intentional. It’s stylistically diverse, but each layer of every track feels well calculated and purposeful. Songs like “Falling Into Me” have a gargantuan dance vibe that so often other artists perform with little taste, yet Let’s Eat Grandma attack the style with a sharp sense of focus and precision. They simplify art pop into the stimulating and beautiful genre it is meant to be.  – RJ 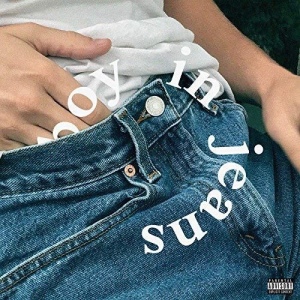 After becoming a viral sensation as a teenager, Ryan Beatty has his foot in the door of the millenial and Generation Z music world. His sound is a direct R&B offshoot of BROCKHAMPTON. He employs lots of similar maneuvers as the Texas boy band: multi-layered vocals on his hooks, strong effects on his voice to switch up his pitch, shouty singing to emphasize his feelings, etc. The influence doesn’t stop there, as thematically, Beatty shares a lot of the same ground as his anti-pop contemporaries. His song topics frequently revolve around adolescent yearning and struggling to accept adulthood, taking after the soulful impressionism of Frank Ocean and the innocent crooning of Rex Orange County. Boy in Jeans feels raw and youthful, like a true debut, but it’s smooth and polished, like it came from a veteran. “Haircut” and “Powerslide” are two standouts.  – RJ 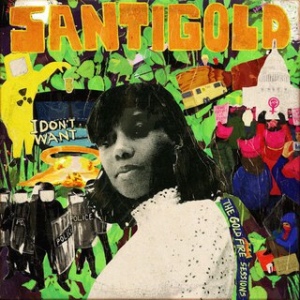 The artwork for Santigold’s latest LP perfectly represents the diversity of sounds she embraces on the project. One second she is singing soul over reggaeton, the next she’s rapping over electronic beats. Her influences obviously come from numerous artistic avenues and at times, they clash so hard it becomes hard to distinguish what exactly she’s doing, creatively speaking. However, she deserves credit, as there are few dull moments on this album. The M.I.A.-inspired “Run the Road” is subtly triumphant and boasts tons of swagger. “I Don’t Want” nods to the minimalism of contemporary pop and trap with a simple, catchy refrain for a chorus.  – RJ

Tony Molina’s records are unique in the sense that they barely reach the 10-minute mark, but sonically, they are largely indebted to the type of rock music that dominated the charts in the 1960s. Taking inspiration from the sunny instrumentation of the Byrds and the catchy, short pop ditties of The Beatles, Molina brings forth another infectious collection of miniature guitar jams – many of which don’t even crack two minutes in length. Whether it’s the driving tones of “Jasper’s Theme” or the somber melodies of “Look Inside Your Mind/Losin’ Touch,” his skills as a composer and producer seem more fully realized than ever, even if the finished product feels like just a snapshot of his true potential.  – RJ

Last year, when internet culture declared Trippie Redd, Lil Yachty, Lil Pump, Lil Uzi Vert and many others the faces of rap’s young generation, I’m not sure if many people saw Trippie to be as capable of a solo artist as some of his peers. Now coming off his commercial debut, he’s proven that while he may not be incredibly dynamic, he can hold his own among the rap mainstream. Life’s A Trip showcases Trippie’s moody and hormonal vocal theatrics over mellow, contemporary trap and R&B production. This combo is not exactly unique, but the quality of the LP is more sustainable than one might assume. At its worst moments, this album is almost unbearable, but the tracks that go over well (“Taking A Walk” and “Missing My Idols”) capture lightning in a bottle with Trippie’s emo-ish singing over melodic beats.  – RJ

Bloods will be bloods. YG is back to brackin’ on his third studio album, Stay Dangerous. Two years after Still Brazy, YG continues to deliver. While this album isn’t as ambitious and story-based as his previous projects, the west coast rapper still lets the listeners know he is THAT guy. That doesn’t stop him from having bangers either, with “Big Bank”, “Bulletproof”, and “Too Brazy”. The album does have it’s slow moments in the middle, but YG catches you again on the last five joints to make sure this album is remembered and not forgotten in what was a hectic month of music. He will make sure he’s heard at all costs. YG is determined to show he’s a force to be reckoned with and as always, he’ll continue to spread his message. So, stay dangerous my people.  – TJ