New music round ups are a monthly recap dedicated to covering the latest music in a series of short, descriptive reviews. This month’s edition includes new releases from Florence + the Machine, Gorillaz, SALES and more.

Florence + the Machine – High as Hope

In approaching their latest release, Florence Welch’s band seemed as big as ever. In their run of success over the last decade, Florence + the Machine has been nothing if not consistent. They’re theatrical, baroque pop style – led and directed by Florence herself – has always had an admirable and infectious quality and continues in spades on their new LP High as Hope. Florence’s dry, mystical vocals soar at the center of every song, often backed by ringing chamber instrumentation. Most of the record is solid, although not nearly as exciting as past works. “Hunger” is a standout.  – Roberto Johnson 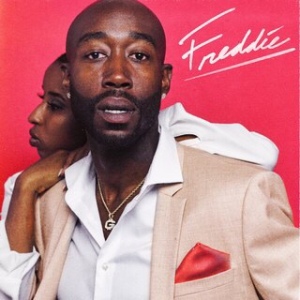 Freddie arrived as a surprise to most fans, many of which have been patiently waiting for Bandana – the anticipated Gibbs and Madlib sequel. As opposed to last year’s rushed You Only Live 2wice, Gibbs’ new LP sees him a closer to top musical form following his stint in Austrian jail for a false sexual assault claim. You can feel that being home with his family has refocused him on doing what he does best: spitting cold, conscious bars on booming trap beats. Bandana will be rejoiced when it finally arrives, but Freddie should be enough to hold fans over in the meanwhile.  – RJ

To keep up with all the other major rap releases this summer, Future returns with a short nine-track mixtape, produced entirely by Zaytoven. Unlike many of Future’s old mixtapes, BM2 is brief and easy to digest. With Zaytoven handling all the beats and minimal guest appearances, this project consists of one flavor and one flavor only. It’s listenable, but even the short tracklist can’t save the album from being overly monotonous. The piano-laden instrumentals have a nice, melodic bounce to them, but in the flesh they are overly basic.  – RJ

I’ve never been the biggest Gorillaz fan, but I much prefer the sunny vibes on their new project compared to last year’s Humanz. Their new release The Now Now is full of bright synth-pop instrumentals and easy going hooks; it’s a great fit for cruisin’ around during the end of summer. “Humility” and “Hollywood” both have a mild funk about them that I can see myself enjoying for a while, most likely on a chill daytime playlist. This album doesn’t have as much bite as classic Gorillaz cuts, but it’s as cohesive as any of their albums in the past.  – RJ

Jay Park – Ask About Me EP 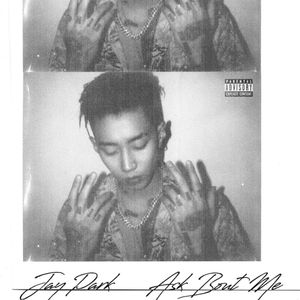 Any artist that finds fame in another country and tries to crossover to the states is basically taking on Mission Impossible in itself, but Jay Park is trying to prove he’s got what it takes. The Seattle born MC, singer, b-boy and CEO has returned from his time in Korea to crossover in the U.S. with his recent signing to Roc Nation. He doesn’t have a slow moment on the short seven track EP. He shows that his singing and rapping ability isn’t anything to snuff at. With the production being right in the vein of modern mainstream hip-hop and R&B (“Yacht” & “FSU” being standouts), it doesn’t show everything he can do musically, but it may just be the introduction to him taking over America.  – Tyler Jones

Kamasi Washington’s new studio album is the most commercial jazz release of the year and it marks a return to the grandiose style of his last full length, 2015’s The Epic. Many of the songs here take to the epic format the album’s title suggests, but there are quite a few different styles of jazz incorporated into the mix. From the hypnotizing Latin jazz on “Fists of Fury” to the smooth soulful tones of “Tiffakonkae,” Kamasi brings forth outstanding diversity throughout the LP. Heaven and Earth has significant religious themes embedded into it as well, both in tone and structure. The fast-paced compositions equate to spiritual highs and the mellow rhythms on tracks like “Testify” symbolize the peace of divine love.  – RJ

Seattle and NC meet up on joint effort and group Marlowe. L’Orange provides the beats and Solemn Brigham brings the bars. It’s 17 tracks but the times flies. Each songs hits like a freight train and wrecks what’s in its way, but you’re happy to see the destruction. Bar, after bar, after bar, after bar, it is crazy to hear Brigham go. And ‘LO’ doesn’t let up either. The beats are subtle, but they aren’t anything to huff at. There is skill behind them and they never take the shine away from Brigham. They work together in a way that’ll have you looking forward to whatever the duo has up next. Know it’ll be worth whatever wait it is.  – TJ

Meek Mill – Legends of the Summer 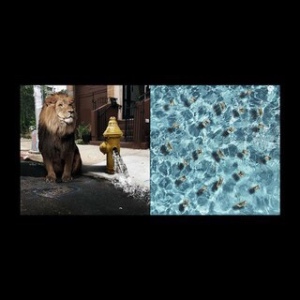 Meek Mill is revving up the hype train for his forthcoming LP with the Legends of the Summer EP. He’s trying to show his ‘time in’ was time well spent. Showing his knowledge and the perspective aren’t the only things that have grown. On the short 4 track appetizer, he flexes his muscles on different subjects over solid production. Whether it’s letting the third eye open, braggadocious bars, hustle anthems, or summertime heat, he’s ready to kill anything. Overall, there isn’t a strong focus and the only album worthy cut is courtesy of the Miguel assisted “Stay Woke” – the meal is still being seasoned. This should satisfy the ears until they’re ready to be filled.  – TJ

Panic! At the Disco – Pray For the Wicked

Hallelujah! Brendan at the Disco crafts some of his catchiest tunes to date with Pray for the Wicked. On their sixth studio album, tricky tongue and cheek lyrics are tossed aside for witty lyrics that are as fun as they are inspiring and depressing. Oddly enough, this is the poppiest they’ve ever been musically. After exploring the concepts and realities of getting older and wiser on their previous effort, they seem to delve on the highs and lows of maturity while reminiscing on the past. “(Fuck A) Silver Lining” and “King of the Clouds” are the real highlights and showcase some real spots of delight.  – TJ 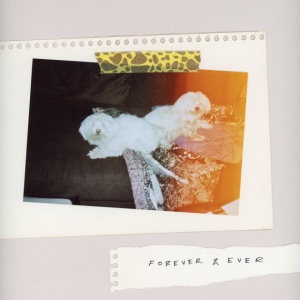 This past month, indie-pop duo SALES delivered their light and airy sophomore album Forever & Always. Three singles were dropped leading up to the albums release: “Talk a Lot”, “Off and On”, and “White Jeans”, leaving seven brand new tracks for the eager ears of SALES fans. All ten songs are true to SALES’ M.O., smooth but prevalent drum beats and swirly sounding guitar with captivating vocals by Lauren Morgan. Song structure is what really sticks out on this album. From breaking up the vocals by adding musical interludes to their use of bridges and solos, the majority of these songs were built in a unique way. For a small town duo that started releasing music no more than five years ago, they are clearly on the right track.  – Ellie Burleson 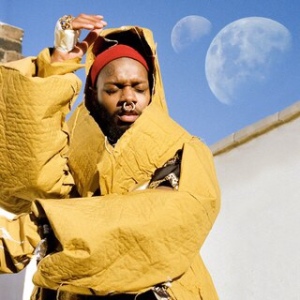 On his debut soil, serpentwithfeet – aka Josiah Wise – makes a valiant effort to push the boundaries of experimental pop and R&B to realms unknown to most. At times, his hushed vocals emulate Frank Ocean, weaving in and out different modes of odd instrumentation with a soothing calmness. Wise displays the aptitude to shift intensities as well, hovering steadily over the moody organ on the song “messy” and wailing aggressively on the uplifting track “whisper,” both to great dramatic effect. This will likely be one of the better debuts of the year. There is a fluid poetry about Wise and his work. The music is an acquired taste, but one worth developing at that.  – RJ

Sophie – Oil of Every Pearl’s Un-Insides

SOPHIE’s new album may be a wildcard for record of the year. OIL OF EVERY PEARL’S UN-INSIDES is as off-the-wall as any other pop music you will hear in 2018. The production on this album is bold and absolutely fearless; In fact, it’s so fearless that there is an evident lack of structure in how the album was organized. The music touches everything from thrashing, bass-heavy electronic beats to soft, beautiful art-pop. Ultimately, the astonishing production trumps any lack of cohesion the record is suffering from. Not to mention, SOPHIE has a compelling presence. One moment, she is pouring out compassion as a vulnerable lover (“It’s Okay To Cry”) and the next she is begging you to enter her world of warped, industrial sex (“Ponyboy”). If you can accept the wildness of this album, you’re in for a fun ride.  – RJ