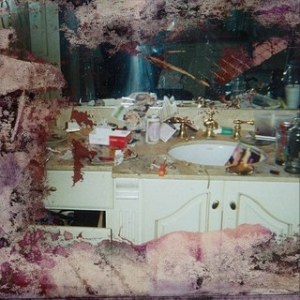 From the first moments of Pusha T’s DAYTONA, one can sense the tight-knit display of bravado and artistry they are about to experience in the duration of the record. “Pullin’ up in that new toy, the wrist on that boy rockstar like Pink Floyd,” he raps on the opening lines of “If You Know You Know.” This nostalgic metaphor instantly transports the listener into heat of the bling era, when whips and watches were at the forefront of rappers’ commercial images, and trappers turning to rappers (successfully) was a theme well in its prime.

Pusha T’s place in the pantheon of hip-hop greats has been solidified for over ten years since he dropped multiple classic albums as a part of the Virginia rap duo Clipse. He and his brother, No Malice, were bright spots during most of the decade, thanks to their chilling and clever recounts of living the drug dealer lifestyle, as well as hot, rhythmic production from The Neptunes.

Fast forward to 2018, and fans have long been waiting for the next move from Push. His last effort Darkest Before Dawn: The Prelude was released in 2015 to much acclaim, but was still largely seen as a teaser for a bigger statement to come. His new record DAYTONA is just that – a well earned victory lap for a highly touted MC and his best achievement to date as a solo artist.

Running just seven tracks long, DAYTONA is ironically short for the large scale release it was anticipated to be. However, for what it lacks in time, it makes up for in substance and perfectly assembled cocaine raps that rank among the best of Pusha T’s career. For the 21-minutes this album runs, there is not a bar wasted nor an instrumental cheated of an outstanding performance. Executively produced by Kanye West, DAYTONA boasts the high level production and top notch lyricism to be an early candidate for rap album of the year.

The aforementioned opener, “If You Know You Know” boasts the album’s most colorful instrumental, kicking the record off with a ringing sample melody and Pusha T operating in top form, sporting his signature staccato flow. “Games We Play” is a hard-knocking ode to his former street comrades and current inner circle. The storytelling aspect of Push’s pen game appears on “Santeria,” which remembers his old road manager who was murdered, as well as on “Infrared,” the stripped back closing track that sees Push taking jabs at Drake, Birdman and the legal troubles of Lil’ Wayne.

Push is a skilled rapper all around, but his exaggerated dope boy bars remain the must-see attraction in his verses. “Wrist for wrist, let’s have a glow off, ‘fuck it’ – brick for brick, let’s have a blow off, if we go by connections made, I can still climb ladders when complexions fade,” are just some of many cocky yet well-crafted lines he delivers throughout the course of the record. After this many albums, Pusha T’s bars are still fresh and extremely smart, even if he’s addressing similar topics. “Blew through thousands, we made millions, cocaine soldiers, once civilians,” he spits on the sparse “Come Back Baby.”

The notion of appreciating material things and living a finer life nods to a theme that underlies the whole album. The last-minute change to the project’s title – “DAYTONA” – named after the Rolex model watch, represents having the luxury of time to create such a polished body of work. The album successfully presented and executed that concept, because in spite of its brevity, DAYTONA remains a grand testimonial to success and triumph.

If there were question marks coming into this album, they weren’t surrounding whether Pusha T’s bars were going to be up to the task. His performance was stellar throughout, but with that said, the X-factor in DAYTONA was Kanye West. Without him, I believe this could have still been a great album, but his manic attention to detail and oddball stroke of genius was on full display in these beats, lifting the project to a truly superior level of quality. In the midst of West’s latest online rants, the fact that he came through with a set of instrumentals that were minimal yet so solid, speaks to his inner artistry – which is clearly still alive.

Taking into consideration the internet craze surrounding G.O.O.D Music in the last two months, DAYTONA deserves immense praise. It bolsters Pusha T’s drug kingpin narrative, elevates his status as a successful godfather figure in hip-hop and gives him merit in the discussion for all-time great rappers. Is he in the mix with Biggie Smalls, Ice Cube and Scarface? Certainly not. Is he in the next tier down? Possibly. I feel strongly that this won’t be the last we hear from Push either. What is sure at this point, is that every move he makes from here will be with lots of confidence.

Favorite tracks: If You Know You Know, Games We Play, Come Back Baby, Santeria