New music roundups are a monthly recap dedicated to covering the latest music in a series of short, descriptive reviews. This month’s edition is packed with hip-hop, including the latest from eclectic NY rapper Princess Nokia, Chicago up and comer Saba, The Weeknd and more.

In contrast to other Beast Coast groups like The Underachievers and Flatbush Zombies, the members of Pro Era have been steadily making a go at legitimate solo careers for a few years. The latest effort from the crew comes via Chuck Strangers, who has always been a solid producer for Joey Bada$$ and the group’s other members. Consumers Park sticks to Chuck’s biggest strengths as a beat maker: smooth, retro-sounding instrumentals that recall ‘90s New York. He shows out as a rapper on a few tracks as well, such as “Style Wars” and “Peaceful,” but runs out of steam towards the end of the record. Hopefully this is a stepping stone to bigger and better things for Chuck.

You could handpick just about any two hip-hop acts right now and odds are it wouldn’t touch the elite level of bars delivered on this new collab project from Czarface and MF DOOM. But these guys are old, certainly past their prime and likely incapable of bringing the heat for an entire project, or at least some people thought so. Czarface Meets Metal Face is far from either artists’ most accomplished work, but this record is everything that fans could have wanted out of this coming together of lyrical swordsmen. It’s a relentless display of wit, clever bragadocio and heady rap jokes, laid over minimal but entertaining production. “Meddle with Metal,” “Don’t Spoil It” and “Nautical Depth” are among the best cuts.

Underground rap virtuoso, Denmark Vessey, comes through with his most fragmented album yet on Sun Go Nova. Although it’s only half an hour in length, it’s essentially a double album. The first half, aided by beats from Earl Sweatshirt (“Trustfall” and “Sellout”) and Knxwldge (“Stolat” and “Sun Go Nova”), is a rickety, atmospheric mix of tunes, with Denmark spitting off-kilter rhymes in a spazzish manner. The second half of the record is compiled into nine brief and sunny instrumentals, courtesy of Denmark himself. The album’s production is certainly the highlight, but I admire Denmark’s tenacity as a rapper (“Zzzzz”). I just wish his song topics and writing were a little more fleshed out. This project plays more like a dope underground radio mix than it does a conceptual record. 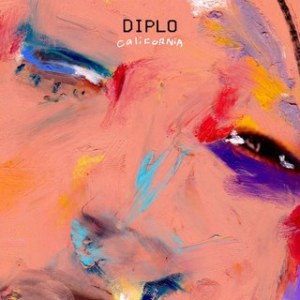 A handful of mainstream DJs have been turning in solid projects over the past year or so. First, Calvin Harris came through with an album full of fun summer bangers and now Diplo has delivered a sweet, short EP in California. He recruits an entourage of new age rap stars for a vibrant, bouncy set that clocks in at just under 20 minutes. “Wish” with Trippie Redd is extremely catchy and the trancy beat on “Color Blind” makes the Lil Xan feature sound decent. The essential track, however, is “Look Back,” thanks to DRAM’s heroic singing.

Phonte – No News Is Good News

The North Carolina MC of Little Brother fame turns his sights inward on his latest LP, while riding his usually smooth and soulful production. Whether it’s passing kidney stones (“Cry No More”), taking on healthier diets to combat inherited health symptoms or spouses sleeping in separate rooms (“Expensive Genes”), Phonte doesn’t shy away from any of a man’s blunt, mid-life realities. On paper it seems a bit comic, but these are adverse situations that everyone is forced to deal with at some point or another. It reaches levels of vulnerability heard on Jay-Z’s 4:44, minus No I.D. and the million dollar investments.

1992 Deluxe presented Princess Nokia as one of hip-hop’s most eclectic young rappers. It was especially great hearing a new artist from New York bring forth such creative song ideas and style to varied trap and boom-bap production. A Girl Cried Red, takes a dramatic twist, with Nokia manifesting her emo influences into a weird mesh of R&B and pop. Simply put, the cringe-worthy auto tune and overly enunciated lyrics are a huge turn off. I appreciate Nokia taking risks and pushing herself into different artistic avenues, but the quality of this album is too inferior to overlook. Curious as to where she goes with her sound next. 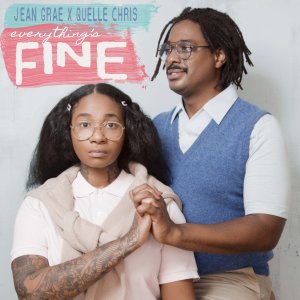 One can only hope they and their significant other have as much chemistry as Quelle Chris and Jean Grae. On Everything’s Fine, the hip-hop couple teams up to confront their listeners, challenging them to look around and stare the social and political tension of modern day America directly in the eyes. Focusing on the tendency of people to claim ignorance towards current events and issues, Chris and Jean spin their always heady wordplay into thoughtful and playful verses, backed by quirky basslines and dusty drum loops. This record is a call to action as much as it is a political satire. Repeated listens are required to unpack its layers, but the musical and lyrical gems you discover on each trip back are a hefty mouthful to chew on. Favorites are “My Contribution to This Scam,” “Gold Purple Orange” and “Peacock.”

Saba – Care For Me

Chicago’s hip-hop scene is thriving and Care For Me figures to be Saba’s biggest project to date, but that success doesn’t equate with the dark, moody tones of his new record. Sulked in the grip of sad stories and sleepless nights, Care For Me sees Saba recounting key touch points in his adolescence with grief and exhaustion. “FIGHTER” and “GREY” are easily some of his most well thought out tracks to date, offering an introverts perspective to growing up in Chi-town’s diverse social climate. What holds this album back is the monotone production and mildly sung hooks. The murky, jazzy instrumentals maintain a cohesive feel but struggle to amount to any exciting points of artistry and Saba’s singing, while heartfelt, usually sounds flat.

The Weeknd – My Dear Melancholy, 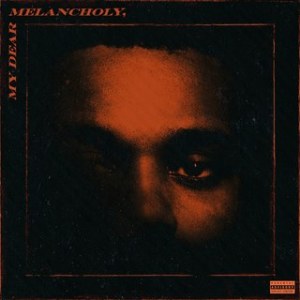 Abel Tesfaye’s latest project came seemingly out of nowhere in the days leading up to his headlining performance at Coachella. My Dear Melancholy, adopts a much darker tone than his last full length effort, the electro-pop blockbuster, Starboy. The new release has drawn comparisons to the three mixtapes that broke out the Canadian singer back in 2011, and while Melancholy maintains dark, booming soundscapes, the music is far less cutting edge than anything from the Trilogy era. It’s not a completely poor effort, however; I especially enjoy the depraved balladry of “Call Out My Name.” This project says more about The Weeknd’s status as a pop culture mogul than the creative space he’s in at the moment.