An updated version of this post is available here.

Spring is here and baseball season is upon us. In honor of the new season, I made a list of some of my favorite walk up songs for hitters and pitchers. Enjoy! 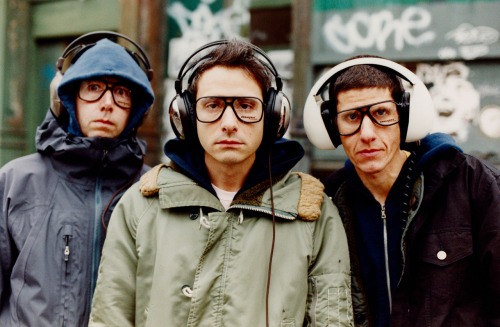 Originally penned by poet Pete Brown, the 1968 smash from blues-rock legends, Cream, became one of the most beloved songs of its time. Between Jack Bruce’s majestic vocals, the aggressive rhythm section and Eric Clapton’s wicked guitar playing, this track always makes for a fiery entrance.

The Who – Eminence Front

One of The Who’s last great songs, the drum machine and a quirky synthesizer melody make for a huge build-up before the track erupts into pure arena-rock magic. The only word that can truly describe the feeling when the drums kick in: Epic. It might be worth taking a balk and going down 1-0 to let the two-minute intro sink in.

Utilizing a spacey, hypnotic Skip Mahoney sample from the 1970s, this unique hip-hop cut has one of my favorite intros in recent memory. The drop is downright ill.

Led Zeppelin – When the Levee Breaks

Led Zeppelin’s near-psychedelic closer to their fourth studio album airs on the meaner and nastier side of their discography. Walk out to this and you’re sure to strike out the side with emphasis.

So you want your walk up song to be a banger? Party-rap staples like “California Love” and “Still D.R.E.” are easy choices, but for something a little less obvious, look no further than Snoop Doggy Dogg. This track embodies the West Coast gangster spirit like no other.

The Green – Keep On

This trunk-knocking reggae smash takes you straight to Ewa Beach. The big horns and smooth harmonies might make you want to hit the water more than step in the batter’s box, but if a nice relaxed song gets you in the zone, this track is for you.

Rage Against the Machine – Killing In the Name

Heavy riffs, instruments clashing and Zack De la Rocha. The perfect mix for getting your mind right to hit dingers. Or set fire to someone.

Jimi Hendrix – All Along the Watchtower

There had to be one Hendrix track on this list for it to be legitimate. His remix of Bob Dylan’s signature tune takes the cake. It’s hard not to get fired up when you hear the bursts of electric guitar in the intro and on the chorus.

When I think New York City, a few words come to mind: grit, edge and toughness. The Beastie Boys fit that description as good as any other crew to come out of the Big Apple. “Make Some Noise” brings these qualities to life in wonky and exciting fashion.

From DJ Premier’s iconic Big L shoutout that opens the song to Guru’s slick delivery, this track has everything you want in ‘90s rap. Proceed to nod.

This classic CCR cut adopts a cool southern tone as opposed to the upbeat melodies of classic songs like “Fortunate Son” and “Up Around the Bend.” Easy going yet unquestionably, badass for the hurler or the hitter.

Bowie’s massive 1983 hit needs no introduction. Perhaps a game of good ol’ pitch and catch isn’t quite as exciting as a live show from the Thin White Duke, but every lineup needs at least a little dose of funkiness in their song selections.

Stoner anthems make great walk up songs too. If you can avoid the kush coma this song induces, you’re bound to hit a bomb.

This track should be a staple in any 2000s hip-hop playlist. It’s an old school anthem with hard hitting boom-bap drums with each member stopping in to drop conscious bars and slick flows. Think music for a back alley ball game with an all-smiles neighborhood vibe.

Here’s an American recipe for you: baseball, apple pie, Chevrolet and Tom Petty. Need I say more? A classic tune from one of our country’s greatest rockers.

This track has long been a popular selection among big leaguers and ball players all over. Still, it doesn’t take away from the breezy Long Beach vibe.

Eagles – Life in the Fast Lane

The Eagles have Joe Walsh to thank for the signature opening guitar riff on this Hotel California cut. What used to be a warm up exercise for Walsh ended up being a great highway rock song. I wouldn’t be surprised if it knocks your fastball up a couple ticks too.

The nastiest cut from my favorite Zappa album, Hot Rats. As a magnificent composer of countless styles of music, Zappa wore many hats during his prolific career. I don’t think it bothered anyone when he just let loose on the guitar and shredded like this.

To date, “Slam” remains the most popular song in the Onyx catalog. It bangs as hard as its title implies. Be warned, the Sticky Fingaz verse has been known to incite bench clearing brawls.