Florida native Billyracxx released part one of his Butterflies series in early March. Although the rapper currently resides in Houston, he has stated that he is “not dictated by his region, but by his own creation.” The five-track EP is a glimpse into Billyracxx as a creative. On full display is how hands-on he is with the production and arrangement of all his music. Unpredictable sounds and production style fuel the energy of the project. At this point, he has ties to major label artists but has remained independent. Butterflies, Pt. 2 is expected soon.  – Mike Flores 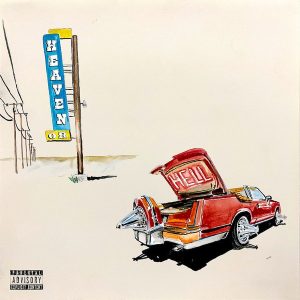 Cactus Jack signee Don Toliver has been quietly working since first rising to prominence in 2018. He forced attention his way when he laid down one of the best features on Travis Scott’s Astroworld. A year and a half later, we have Heaven Or Hell, the debut studio album from the talented artist, from which the lead single, “No Idea,” became a viral sensation on TikTok. Toliver’s style-bending approach to music is what separates him from his peers. Don Toliver’s voice is one of the most distinct and electric sounds in the game, and one can expect to see much more of him in 2020.  – MF

Country music purists, this one’s for you. Hailing from Bakersfield, California, Jesse Daniel is bringing back a retro country sound full of steel and full of heart. Daniel’s sophomore record is not one that is going to blow listeners away with its vocals, but the tenet and passion in the lyrics and songwriting style surely will. The entire album is based around the idea of moving forward, or ‘rollin’ on,’ with a positive outlook on what’s to come, communicating that you don’t have to remain complacent with what you have. This record sounds straight out of the Double Deuce in the movie Road House; it’s something that’s guaranteed to make you want to pull your partner out on the dance floor and swing your hips, in a time where you don’t really know what to expect from Nashville.  – Alex Johnson

Listen // Top tracks: Tar Snakes, If You Ain’t Happy Now (You Never Will Be), Rollin’ On

Whether it’s through exciting collaborations with other rappers and soul singers or by way of his solo work, Knxwledge is easily one of the most prolific and widely celebrated producers in hip-hop today. His latest release pushes his sound in a more overtly funky direction while still delivering ample amounts of his signature stoned out head-nodders. There’s more in common here with what he did with Anderson .Paak on NxWorries than his Stones Throw debut, 2015’s dreamlike and Dilla-esque opus Hud Dreems, but Knxwledge is seldom one to retrace his steps. This brew of beats is again masked with an intoxicating lo-fi quality, but this time around, his hazy sounds marinate into a more reflective and groove-centric event. Maybe the most alluring quality to the tracklist is the instrumental variation from track to track. At times, the keyboard is front and center (“do you”). Elsewhere, Knxwledge makes magic behind a lone horn (“solivelife”) or an irresistible bassline (“believeme”). Fluent in classic soul, jazz and funk, Knxwledge’s sound fits in seamlessly with that of other abstract hip-hop greats, but if 1988 proves one thing, it’s that his arsenal should never be paired down to one style.  – Roberto Johnson 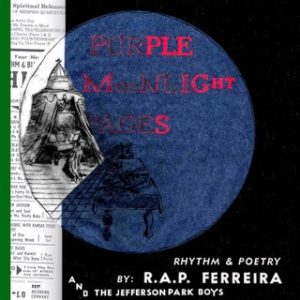 R.A.P. Ferreira, formerly known as milo, has returned to continue his verbose mission in the new decade. His first album under the new alias is a welcome departure from the dreary loops and overly indulgent rhymes that plagued his 2018 releases. The atmosphere on Purple Moonlight Pages is alive and vibrant, largely thanks to the backing production from The Jefferson Park Boys, a jazz trio featuring familiar face Kenny Segal. The instrumentals aren’t the only thing lifting up the energy of the record. Ferreira’s pen (or brain) feels more energized than ever before. His poetry is relentless, every line disruptively hurdling the last yet sticking a firm landing inside your mind. It’s tempting to try and decipher Ferreira’s bars line by line, decode his obscure references and find definitive meanings for his songs. But the magic of his music is best found in the chase itself. It’s an endless maze of riddles and provocative rambles. Why would you want it to end?  – RJ 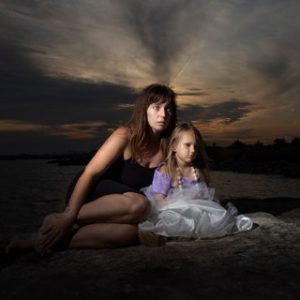 Over the past ten-plus years, Meg Remy has built an illustrious career through her undying willingness to experiment. As she has evolved as an artist, so has her band. U.S. Girls – now an extensive performative group that features all sorts of talented multi-instrumentalists and vocalists, is as vibrant a collective as you will find in indie; they are also an absolutely essential live act. Just when you think Remy and company have outdone themselves, Heavy Light extends their capabilities even further, crafting a fun musical exposé that dwells on nostalgia, politics and self-examination. The most noticeable update to their musical infrastructure is the emphasis on the harmonies and vocal arrangements, which add a complex yet enthralling physical layer to the music. Nowadays, the spirit of U.S. Girls is communal, but there’s no mistaking the hushed and emotionally urgent presence of Remy’s voice when it enters the picture. Whether it’s set to lush and colorful art-pop instrumentation or sparse experimental backdrops, she always has you gripped and locked in.  – RJ