New music roundups are a monthly recap dedicated to covering the latest music in a series of short, descriptive reviews. This month’s edition includes new releases from Angel Olsen, Cigarettes After Sex, Wilco and more. 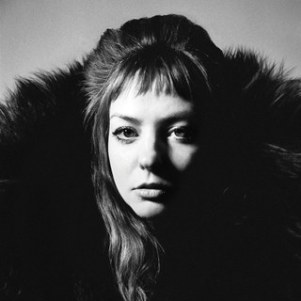 When talking about this decade’s many supreme singer-songwriters, Angel Olsen has a secure seat in the discussion. Her latest endeavor, the grandly composed All Mirrors, once again recalibrates her sound, opting for synthetic art-pop and baroque ambiance as opposed to the psychedelic garage rock of her past two efforts. The combination of the album’s electronic sound pallet and Olsen’s haunting voice makes for some of her biggest and most powerful recordings to date, such as the gripping title track and the gargantuan “Impasse.” Beauty also arises in the tension and cinematic qualities of “Tonight” and “Endgame,” both of which are led by an impressive 12-piece string section. For all of the record’s ambitions, there are times its aspirations outshine its creator. Olsen’s vocal performances are diverse, yet constantly buried in the mix, being drowned out by layers of swirling electronics, impacting the range and tonal shifts that make her so unique as a singer. Still, give credit to Olsen and producer John Congleton for being so bold and adventurous with their arrangements. Songwriters and artists of Olsen’s caliber belong at the forefront of experimentation, even if they don’t always stick the landing. When All Mirrors succeeds, the results are captivating.  – Roberto Johnson 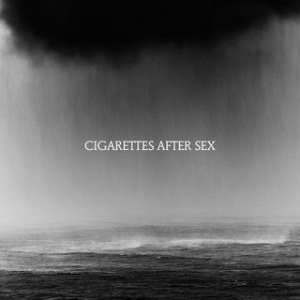 Formed in El Paso, Texas in 2008, ambient pop band Cigarettes After Sex have become known as one of the most popular acts to lay down the blueprint for “dream-pop,” and their latest album, Cry, proves exactly why. Just when you think there’s only so much dreaming that you can do, Cigarettes After Sex’s simultaneously electrifying and soft, hypnotizing sound proves there isn’t a limit to anything you feel when you allow yourself to feel it. Drawing from stories of longing for the past to regretfully anticipating breakups, the record’s tracks are laced with everything from raw emotion to vulnerable truth. Songs like the delicate, heartbreaking ballad “Don’t Let Me Go,” and the breathy, poetic, “Touch,” showcase the band’s talent for taking the softest, subtle moments and feelings that happen in life and turning them into undeniably moving pieces of art. Cry is available for streaming wherever you get your music and don’t miss this incredible band on their upcoming 2020 European Tour.  – Erica Garcia

Listen // Top tracks: Don’t Let Me Go, Kiss It Off Me, You’re the Only Good Thing in My Life

It’s only been about a year since Earl released Some Rap Songs, a record which many fans have already deemed a cult classic, and the recluse MC is back with new music. Feet of Clay operates in a very similar vein to Earl’s 2018 release. Aesthetically, it’s dark, muddy and ominous. The instrumentals revel in their abstract and lo-fi soundscape, further accentuating Earl’s depressive monotone bars. The occasional obscure jazz or soul sample breathes life into a beat (“EL TORO COMBO MEAL”), but the mood generally remains down and dejected. While Feet of Clay isn’t quite as morbid as SRS, the EP is still very much grounded in the battle between Earl and his depression. The ex-Odd Future spitter has a well-established track record of being one of the most compelling and skilled rappers in the game, but the tracks here feel like he is punching below his weight in terms vocal performance. Still, one must admire Earl’s enthusiasm for incorporating weird and off-the-wall musical nuances into his songs, such as on the accordion raps of “EAST.” Overall, the music on Feet of Clay holds well as a short, cohesive listen, but it’s hard not to hear the project as a batch of tracks that were intentionally left on the cutting room floor during the making of Some Rap Songs.  – RJ

Mercy Bell’s new self-titled LP, her first since 2011, is caught in the coils of self-reflection, personal loss and coming of age artistry. The album’s musical identity is one of many colors, landing somewhere between folk, indie pop and Nashville’s new alt-country. Steeped in textured pianos, organs and carefully constructed acoustic progressions, Bell’s songs are deeply personal yet possess a charming exuberance reflected in the pop-friendly songwriting featured on tracks like “Skip to the Part” and “Bent.” Her tender melodies fit seamlessly against the smooth and lush Americana of “Chocolate Milk & Whiskey” and the beautifully updated “All Good Cowboys,” a track initially released on Bell’s 2011 debut of the same name. The album’s emotional highs come on “Home” and “Everything Changes,” which mark the record’s intro and outro. Both cuts showcase Bell’s voice in a clear and crystalline light as it ascends over gorgeously arranged strings.  – RJ

It is beyond heartwarming to know there are large amounts of people who will get excited for a new Neil Young and Crazy Horse collaboration in 2019. To the appeasement of many, Colorado brims with the revered pair’s classic guitar-heavy sound. Six decades into his career, Young’s songs still boast a proud, albeit morally disoriented attitude. Best of all, they still flat out rock. “She Showed Me Love” has no business being 13 and a half minutes long, but it’s hard not to admire Neil Young for churning out wild and lengthy guitar jams at 74 years old, especially one that embraces climate change (an issue extremely important to Young) so strongly. The brightest moments come in conjunction with the sharpest songwriting – Young’s ageless harmonica flair and a Harvest-esque chord progression guide the pleasant opener “Think Of Me,” while the heartfelt, loving nature of “Rainbow of Colors” champions the unity found in America’s diversity.  – RJ

One of indie’s most expressive and enduring legacy acts, Wilco has built a name upon consistently solid output and regularly defying expectations to push against the norms of modern pop, rock and folk. Their latest, the hush and subtly vibrant Ode to Joy, is laden with a quiet optimism. From stark and spacious odysseys, like “Bright Leaves” and “Quiet Amplifier,” to gentle acoustic gems of individual endearment like “One and a Half Stars” and “Hold Me Anyway,” Jeff Tweedy and company sound intent and sure of their musical direction, even when the songs waver in and out of a bleak mindset. Ultimately, the light prevails. Tracks like “Everyone Hides” and “Love Is Everywhere (Beware)” manifest an undeniable desire for joy that enlivens the premise of the entire album.  – RJ