Ada Lea – what we say in private 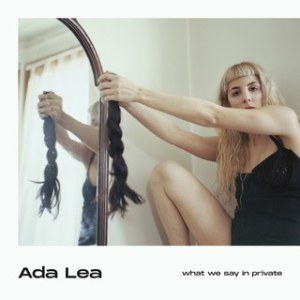 Are there really still naysayers out there who claim the creative state of rock music is in a bad place? The indie scene is burgeoning with fresh sounds and voices, as much now as it was ten or twenty years ago, and Ada Lea is a perfect example. On her official debut, the young, Montreal singer-songwriter presents a brand of indie rock that teeters between understated and completely unhinged, infusing her kaleidoscopic guitar jams with self-assessing lyrics that dive into the aftermath of a bad breakup. Lea’s coping ensues in a roller coaster of emotions, from lust and restlessness on “wild heart” to pure delusion and disarray on “what makes me sad.” Some of the quietest songs prove to be the most compelling, such as on the drugged-up heart-breaker “just one, please.”

Listen // Top tracks: the party, what makes me sad, easy

When observing the most consistent rappers of the 2010s, Big K.R.I.T. rightfully has a place in the conversation. His stellar run of mixtapes in the first half of the decade, paired with last year’s immaculate 4eva Is A Mighty Long Time puts him among the steadiest Southern rappers in recent years. Unfortunately, his latest, the contemporary-leaning K.R.I.T. IZ HERE, fails to capitalize on the artistic success of his previous efforts. Bogged down by generic trap production, K.R.I.T. sounds uninspired and compromises his usual down-home swagger for trendier sounds and surface-level lyrical detours that never amount to much other than mild bragging. An average verse or beat from K.R.I.T. is still miles above what many other rappers are capable of, but given his track record of crafting thoughtful and conceptual narratives, along with his irresistible trap-trill flavor of beats, this album pales in comparison to past projects simply for it’s lack of imagination. 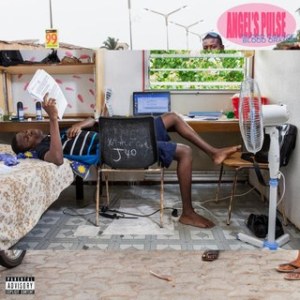 2018’s Negro Swan was a defining work for the UK’s Dev Hynes, better known by his stage name Blood Orange, who has been cultivating an intoxicating style of hypnagogic pop and R&B for the better part of ten years. The artful exploration of afrocentric themes mixed with the lush soundscapes was unlike anything else in Hynes’ discography or anybody’s catalog, for that matter. His new mixtape Angel’s Pulse serves as a placeholder and small taster, ripe with more of the gorgeous production and vocal melodies that made his previous LP so great. the only crime of this project is it’s brevity, which is certainly intentional. The short track lengths read like unfinished ideas that end up feeling more like beautiful mood pieces than compelling songs. Still, Hynes’ talents are undeniable and his next move remains a must-watch. 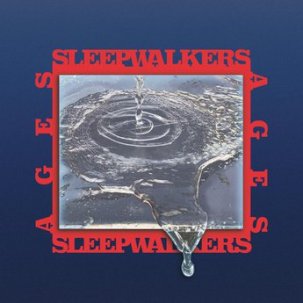 Richmond-based pop-rock outfit Sleepwalkers are keen to the fact that there is something to be said for records that simply put, make you feel great. Ages, the band’s first full-length album in five years, is filled with tunes for both the body and brain, melding irrefutable pop melodies with steady dance grooves and rock ‘n’ roll sensibilities. “American Nights” harps back to the free and easy anthems of 1970’s California rock, while the funk-friendly “I Can’t Wait” constructs an infectious boogie around fuzzed out riffs and a colorful synth passages. Even when the band looks to propose a call to action, such as with the percussive “Attention” or the pop-punk adjacent “Wake Up,” they deliver it with confidence and loads of swagger. 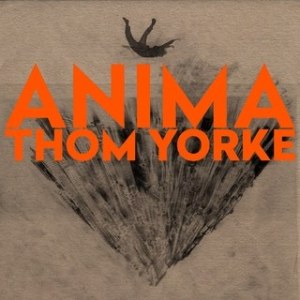 Save the opinions of maybe a handful of diehard Radiohead fans, it’s no secret that the  solo discographies of the band members are not exactly full of acclaim. With Yorke in particular, his individual efforts are almost always interesting, but generally they have failed to capture the the magic of Radiohead’s best work in complete strokes. Enter ANIMA. Yorke’s latest creation beams with a surreal-like sheen. It creates an atmosphere so rich in texture, it’s easy to gloss over his diatribes of apathy, displeasure and paranoia. If Radiohead is a pretentious band, Yorke is the ultimate catalyst. His stingy and high-minded persona have endured the test of time, and there’s little denying that this same stigma of modern rock elitism same is channeled in his work today. On ANIMA, it works to great effect, injecting each song with muddled dystopian genius. This album, in shades, works as a social commentary as well. Above all, it’s an enthralling listening experience.

Listen // Top tracks: Last I Heard (…He Was Circling the Drain), I Am a Very Rude Person, Runwayaway

The Lost Boy provides everything you want in a rap debut: an entertaining beat selection, memorable songwriting and most of all, a fresh voice with edge and flavor. Song after song, Cordae flashes solid potential and impressive thematic range, embracing the importance of young adulthood and the difficult decisions that come with it on tracks like the introspective “Been Around” and the family-oriented “Thanksgiving.” Cordae is lyrically capable, admirably self-assured and artistically ambitious. Though his demeanor and lyrical presence isn’t reinventing the wheel, he has a solid skillset that warrants paying attention to moving forward. The diverse production and stellar lineup of guests certainly helps carry the project’s appeal, but running with a strong inner network of other artists typically says more about one’s ability than it does their lack of it.