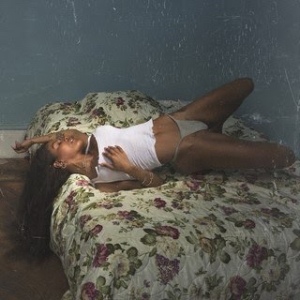 Better late than never, right? Never late might’ve been better in this case. That’s been the general consensus when it came to most of the projects in Kanye’s G.O.O.D. Music releases. Who knew we were getting the real hidden gem of the projects at the very end? The project that had the most musical range to actually deliver. Teyana Taylor has returned, ladies and gentleman, and she is ready to be heard. Well…kind of.

After the set of releases from the Wyoming sessions, each project either garnered more attention for the next record or lessened its impact. Unfortunately for Teyana, it was the latter. NASIR left an odd, incomplete taste in people’s mouths. Hype had died down and Teyana’s album being a day late with no real announcement of it going on streaming didn’t help either. Learning that there was supposed to be a song or two more on the record (samples weren’t cleared on time) only added to the mess. Nonetheless, it arrived and oh was it great musical joy to my ears.

Putting aside all things, as soon as the violins hit on “No Manners”, they slap. “I got a man but ain’t got no manners”, rings in your ears with vocals that are so vulnerable and emotive that you want to know what the hell the lyrics are telling you. The sample continues into “Gonna Love Me” and from there, my attention is being strung along by her vocals. Kanye must’ve gone back in time to the mid 2000s for this type of chipmunk soul. These types of samples are heard all over and drive the sonics of the album, with strings adding class and sophistication to each song. They reassure and relax the listener, especially when you get to “Hurry”. The beat and subject matter aren’t completely in sync but ends up adding more appeal. The only thing out of place is Ye with his “zaddy” reference – the only skippable moment on the album.

From there, we go into the album’s second half, where the musical diversity really kicks off. If the first half is all about 2000s soul samples on their own and letting her speak individually, then the second half is her letting the sounds mix completely and singing in tandem with it. They’re different but they work together for two different listening experiences that make the whole project all the better for every listener.

The heat really rises on the true bedroom banger “3Way” with Ty Dolla $ign killing yet another feature. Which if this is a sign that every major release of this year gets a Ty feature, please God, let it happen. The combo trade verses and make it hotter than any barbeque Becky could hope to stop. With further news that this might lead to a whole collaborative project, let me get my pre-order ready. Each word is slow and grips you so hard that you have to hold on with it. The haunting background vocals in the back add to each second and you can’t help but appreciate the extra care each hand put into the song.

Then at the end of the album, we get the most starkly contrasting mood switch of all time with “Never Would’ve Made It” to “WTP”. I honestly want to know who was in charge of that decision just so we could talk. Out back preferably. But in all seriousness, both of these songs deserve to be on this album…just not next to each other; it’s ratchedness and righteousness truly working on all cylinders – just against each other in this case. When you hear Teyana and her daughter on the last few seconds of “Never…”, you think the album is done after this beautiful ode to family love and faith, closing nicely. Instead, “WTP” comes along to hit with the dance anthem for folks everywhere, getting ready in their bathrooms for the club, where they will do exactly what the song implies. Any other sequencing would have worked to make this better but it didn’t happen. So you can either take it or leave it.

Something we shouldn’t be taking for granted after this listening experience are the talents of Ms. Taylor. After being on a solo musical hiatus for 4 years, listeners were treated with a great rollercoaster ride of a project. We can only hope that instead of continuation, that this is actually the true beginning of Harlem’s honest diva to shake the airwaves.

Favorite tracks: Gonna Love Me, Issues/Hold On, 3Way, Never Would’ve Made It

Hey guys! I’m WCU 18 Grad in English with a concentration of Motion Picture Studies and Creative Writing minor. My favorite genre is R&B but Hip-Hop is the love that never went away. Also enjoy some Pop Punk and some tasty Pop as well. Follow me @TAJtheWriter View all posts by tajthewriter